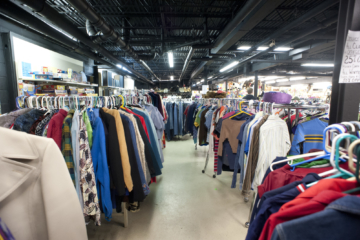 The Thrift Stores are open!

Our Thrift Stores in Kearney and Hastings are open, and we’d love to have you come and shop! We do have a few guidelines to keep everyone safe and healthy, including allowing only 25 people in the store at a time, still observing social distancing while shopping, and we are asking that you wear a mask as well. We look forward to seeing you there!

“And do not forget to do good and to share with others, for with such sacrifices God is pleased.” 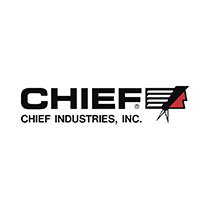 The Chief Foundation, Inc. supports Crossroads with a $10,000 grant

In late 2019, Crossroads Mission Avenue applied for a grant through The Chief Foundation, Inc. to go toward campaign efforts for Grand Island’s center. In January, we were thrilled to receive a grant of $10,000 from Chief for our campaign. These funds will be applied to our campaign upon substantial construction completion, which we anticipate happening in the coming months. On behalf of Crossroads staff, guests, volunteers and board and committee members, we send a tremendous thank you to Chief for their generous gift!

Nebraska Environmental Trust awards Crossroads with a $5,000 grant to purchase a forklift

Crossroads Mission Avenue ended 2019 with an unusually exciting gift: A forklift! Thanks to a $5,000 grant from the Nebraska Environmental Trust, we purchased a forklift that will be insurmountable to our recycling and transportation efforts at Grand Island.

The Recycling Equipment Grant from the Nebraska Recycling Council is one of 85 grant projects in 2017 receiving $16.6 million in grant awards from Nebraska Environmental Trust. The Trust is funded by proceeds from the Nebraska Lottery and has awarded more than $289 million to over 2,100 natural resource projects in Nebraska since 1993. The Nebraska Recycling Council is a non-profit, membership organization of public and private organizations, as well as individuals, and has been a recycling advocate for Nebraska since 1980. 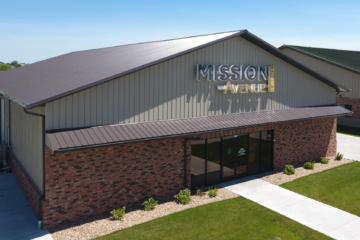 Our Thrift Store is a busy place, and has new items every day. All proceeds from the Thrift Store directly support homeless men, women & children at the Center. All at prices that can’t be beat…unless you have a coupon.