Crossroads’ 4-Phase Recovery Program, along with personalized case management, are essential components in equipping our guests for successful living after their time at Crossroads

All Crossroads guests, no matter the level of service that is being provided, must participate in one on one case management. Crossroads Mission Avenue staff are trained to use evaluation tools called: Determining essential resources. Through a one on one interview and orientation meeting, staff members are able to listen to the individuals’ story and then determine steps and goals for that person. This type of case management allows for individual programming to meet various needs ranging from: mental health referrals, employment services and referrals, job training services and referrals, day services through Crossroads or a referral agency, addiction and recovery services and referrals, anger management classes or referrals to counseling and therapy, etc. In this way, program plans are driven by the case manager and guest, as well as any other agencies that are serving the guest.

Crossroads is a referral agency, utilizing and working alongside community agencies to coordinate a team of professionals for wrap around case management to provide needed services that will stay in place beyond the guests’ stay at Crossroads and well into their transition.

Crossroads’ case managers seek to serve our guests in a Christ-like manner, demonstrating Christ’s love through actions and words. They are adept at building relationships with our diverse group of guests, treating Crossroads’ guests with dignity and respect at all times. A main objective is to provide a high level of care and programming in order for each guest to achieve health and recovery leading to steady employment, financial independence, and stable housing.

Crossroads is committed to serving all individuals who desire help, providing guidance and accountability as individuals deal with topics such as anger management and conflict resolution, and teaching essential life skills such as budgeting and goal setting. 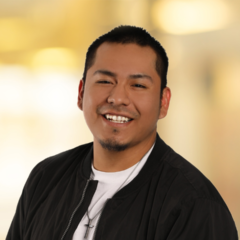 Crossroads is all about second chances. “They’re not judgmental,” says Cole. “They don’t look down on you.”
Cole’s choice – he could go back to jail and lose his job. Or he could go to Crossroads Mission Avenue and keep working. He didn’t have to think about it: Crossroads, of course.

Cole was fortunate to even be given a choice. He’d been in trouble with the law before, and spent two years in jail on multiple charges. When he was released in April 2020, he was on probation and warned to stay out of trouble. But a few months later, he was busted for driving while intoxicated. That’s when his probation officer gave him the choice.

On being given a second chance, Cole says, “I was really thankful.” Crossroads is all about second chances. We’re a place of grace. “They’re not judgmental,” says Cole, 27. “They don’t look down on you.”

Cole, a longtime alcoholic, hasn’t had a drink since that DUI. He credits Crossroads, and God, with his transformation. “I’m a completely different person,” he says. “I love being sober, and I have no desire to use again. I don’t need alcohol or drugs to set off good feelings in my brain. I’m really high on life right now.”

Cole, who is Native American, adhered to his culture’s spiritual beliefs for most of his life. But at Crossroads, he discovered Christianity, and has fully embraced it. “I’ve had a spiritual awakening,” he says. “Now I believe in the Holy Trinity — God, Son and Holy Spirit.” He’s motivated to stay sober. He has a good job in the manufacturing business, and he’s looking forward to getting his own place again.

“I’m just going to keep working hard,” he says. “Thanks to Crossroads, I’ve got a new view of life.”
Help make a difference
Subscribe to Newsletter